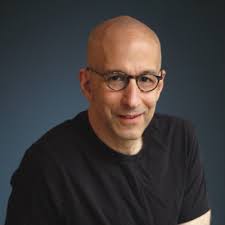 We are absolutely delighted to invite you for a conversation with Joshua Henkin, author of several award-winning books (one of which became a popular movie!), whose latest novel - Morningside Heights - was recently released in trade paper. This event will be held via Zoom. If you are on the book group list(s), you will receive the link automatically. Otherwise, you may request to have the link sent to you by contacting Linda at auntiesbooks@gmail.com.

We'd love to have you join us for what will be a fascinating conversation with this popular, well-respected author. For more information about Joshua (and "tons" of reviews), visit his website at: http://www.joshuahenkin.com/

Meanwhile, here's some fun facts about Joshua's books and his career:

Joshua Henkin's most recent novel, MORNINGSIDE HEIGHTS, was named The Book of the Year by the Chicago Tribune. It was longlisted for the Joyce Carol Oates Prize, selected by the American Booksellers Association as the #1 Indie Next Pick, and named an Editors' Choice Book by The New York Times. Joshua is also the author of the novels SWIMMING ACROSS THE HUDSON, a Los Angeles Times Notable Book; 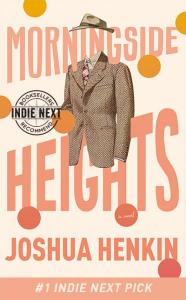 MATRIMONY, a New York Times Notable Book; and THE WORLD WITHOUT YOU, which was named an Editors' Choice Book by The New York Times and The Chicago Tribune and was the winner of the 2012 Edward Lewis Wallant Award for Jewish American Fiction and a finalist for the 2012 National Jewish Book Award.

The film version of THE WORLD WITHOUT YOU, directed by Damon Shalit, was released in 2019 and stars Radha Mitchell, James Tupper, PJ Byrne, Perrey Reeves, and Chris Mulkey. Joshua lives in Brooklyn, NY, with his wife and daughters and their huge Newfoundland, and he directs and teaches in the MFA program in Fiction Writing at Brooklyn College. Trailer: https://www.youtube.com/watch?v=flnhrpLpyZQ

"Life has been good to Pru. Although not originally planned, her marriage to Spencer Robin, professor and grand writer, has given her thirty years of the good life, including a lovely daughter, now away at medical school. And then Alzheimer’s shows up and contented wife and mother, Pru, must become caretaker for a man who no longer has the skill and talent to continue his writing career. Can her love for this man give her the strength to keep going even though he is no longer the same man she married? Joshua Henkin understands human nature far better than most. His obvious concern for the deep thoughts and desires of his characters sets his stories apart and makes him a respected and popular author. There is so much warmth and understanding in these pages, you’ll be sad when the last page is turned because you won’t want it to end. I suggest you make time to read it slowly, to savor every word. Thank you, Joshua. Morningside Heights is well worth the journey!"

What happens when someone you've loved for many years begins to fall apart? What should you do? What can you do? This is a tender story of life in reality and what it means to face truth and do the best you can to mitigate the pain. Henkin's book is an eye-opener, a comfort and a call to live life to the full. A great one for book groups to ponder and discuss. Linda Bond