An Evening with Jess Walter and Shawn Vestal 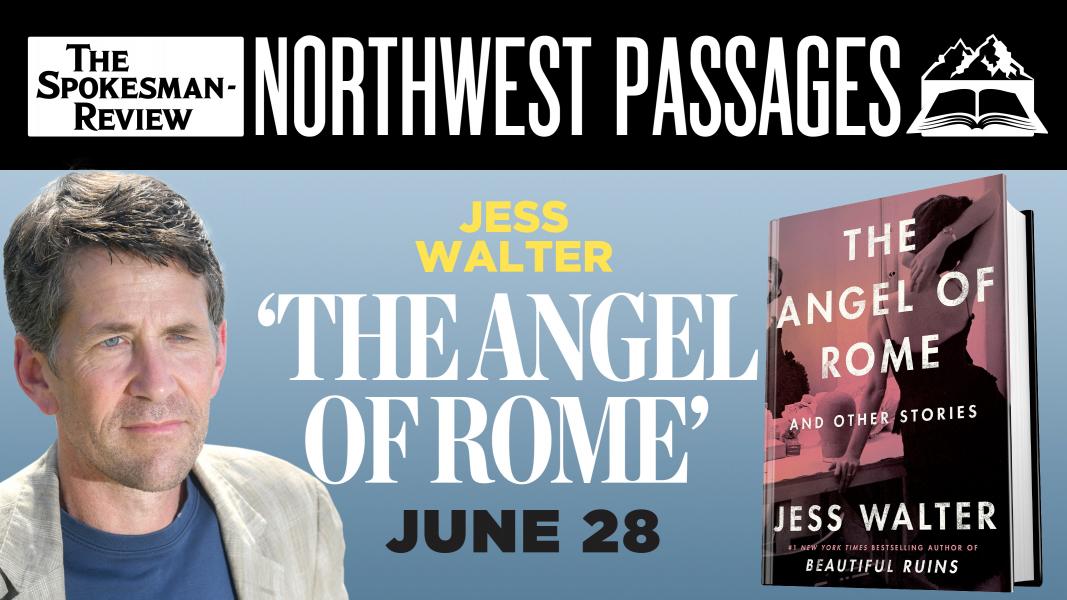 Auntie's Bookstore is pleased to announce a Northwest Passages event with Jess Walter. He will be discussing and celebrating the release of his new book, The Angel of Rome and Other Stories with Shawn Vestal, author of Godforsaken Idaho on Tuesday, June 28th at 7pm at The Bing (901 W Sprague Ave).

Tickets are available online or at the door, space dependent. Admission tickets are $7.00 and VIP tickets are $50. VIP tickets include a copy of the book, reserved seating, and a reception at Ovations with the author before the event (starts at 6:15pm). Tickets are limited, so act fast!

Tickets can be purchased online at https://spokane7tickets.com

About The Angel of Rome

From the #1 New York Times bestselling author of Beautiful Ruins and The Cold Millions comes a stunning collection about those moments when everything changes—for the better, for the worse, for the outrageous—as a diverse cast of characters bounces from Italy to Idaho, questioning their roles in life and finding inspiration in the unlikeliest places.

We all live like we’re famous now, curating our social media presences, performing our identities, withholding those parts of ourselves we don’t want others to see. In this riveting collection of stories from acclaimed author Jess Walter, a teenage girl tries to live up to the image of her beautiful, missing mother. An elderly couple confronts the fiction writer eavesdropping on their conversation. A son must repeatedly come out to his senile father while looking for a place to care for the old man. A famous actor in recovery has a one-night stand with the world's most surprising film critic. And in the romantic title story, a shy twenty-one-year-old studying Latin in Rome during “the year of my reinvention” finds himself face-to-face with the Italian actress of his adolescent dreams.

Funny, poignant, and redemptive, this collection of short fiction offers a dazzling range of voices, backdrops, and situations. With his signature wit and bighearted approach to the darkest parts of humanity, Walter tackles the modern condition with a timeless touch, once again “solidifying his place in the contemporary canon as one of our most gifted builders of fictional worlds” (Esquire).

Shawn Vestal’s debut novel, Daredevils, was published in spring 2016 by Penguin Press. His collection of short stories, Godforsaken Idaho, published by New Harvest in April 2013, was named the winner of the PEN/​Robert W. Bingham Prize, which honors a debut book that “represents distinguished literary achievement and suggests great promise.” He also published A.K.A. Charles Abbott, a short memoir, as a Kindle Single in October 2013. His stories have appeared in Tin House, McSweeney’s, Ecotone, The Southern Review, Cutbank, Sou’wester, Florida Review and other journals. He writes a column for The Spokesman-Review in Spokane,Wash., and teaches in the MFA program at Eastern Washington University.

Godforsaken Idaho was also longlisted for the William Saroyan International Prize for Writing and was named an outstanding collection by The Story Prize.

The Angel of Rome: And Other Stories (Hardcover)

From the #1 New York Times bestselling author of Beautiful Ruins and The Cold Millions comes a stunning collection about those moments when everything changes—for the better, for the worse, for the outrageous—as a diverse cast of characters bounces from Italy to Idaho, questioning their roles in life and finding inspiration in the unlikeliest places.