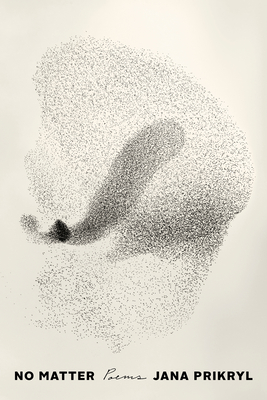 
On Our Shelves Now
An urgent, visionary collection of poems from the author of The After Party

“One of the most original voices of her generation.”—James Wood

Jana Prikryl’s No Matter guides the reader through cities—remembered and imagined—toppling past the point of decline and fall. Conjured by voices alternately ardent, caustic, grieving, but always watchful, these soliloquies move from free verse through sonnets and invented forms, insisting that every demolition builds something new and unforeseen. In reactionary times, these poems say, we each have a responsibility to use our imagination.

No Matter is an elegy for our ongoing moment, when what seemed permanent suddenly appears to be on the brink of disappearing.
Jana Prikryl is the author of No Matter and The After Party, which was one of The New York Times's Best Poetry Books of the Year. Her poems have appeared in The New Yorker, The London Review of Books, The Paris Review, and The New York Review of Books, where she is a senior editor and the poetry editor.
"One of the most original voices of her generation has produced a second brilliant book. These poems, urban and urbane, offbeat and stringent, welcome the reader with a beguiling lucidity; but that sparkling surface, as in the best John Ashbery poems, hides an obliquity that turns out to be provocative and sometimes complexly self-unraveling. Nothing is quite as it seems—'like the East River pretending / to be a river when it's merely an appetite'—and the world is estranged and transfigured in this enchanting work. My idea of the good life would be a new Jana Prikryl poem, served daily with my breakfast, till the end of my days." —James Wood

“No Matter sounds, to me, like the way we live now. . . . Prikryl is someone who came to New York as an adult, and her demographics inform the emotional life in her work – just as they did with Whitman.”—Stephanie Burt, Harper’s

“Prikryl is a shrewd and delicately severe writer with a remarkable gift for observation—'Salon’ is the definitive take on the sociology of getting your nails done, and the poems titled ‘Anonymous’ are dry, precise sketches of old photographic portraits in which the tone is so even you could build a tower of dominoes on it.”—David Orr, The New York Times

“Welcome Prikryl to the club of great New York City poets. Everything about her verse unsettles: the surprising line breaks, the slightly off-kilter syntax, the shifts from philosophical lyricism (‘seeing / with sudden candor, which is / to unsee time’) to technological absurdism: ‘And do you suppose if there’d been phones that / Dido would have chilled, monitored his posts / as he sailed into a storm . . .'”—Anthony Domestico, Commonweal

“Prikryl remains one of the few poets who could make the next ten years uncomfortable.”—William Logan, The New Criterion

“No Matter is one of the most original, bracing & unsettling books I’ve read in years. Its voice is mesmerizing but in a calm unnerving way. Its vision slant & riveting. And the mind at work sees into the unseen & is staggering.”—Jorie Graham, via Twitter

“Prikryl is my favorite poet among my own contemporaries. She writes about being a soul in the circuitry of the 21st-century city. Her gifts include perhaps the rarest one among contemporary poets—wit, which in these poems turns out to be a survival skill.”—Dan Chiasson