All the Colors of Night (Fogg Lake #2) (Hardcover) 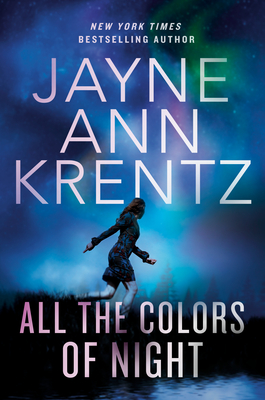 All the Colors of Night (Fogg Lake #2) (Hardcover)

This is book number 2 in the Fogg Lake series.

North Chastain possesses a paranormal talent that gives him the ability to track down the most dangerous psychic criminals. When his father suddenly falls into a coma-like state, North is convinced it was caused by a deadly artifact that traces back to the days of a secret government program known only as the Bluestone Project. North knows his only hope of saving his father is to find the artifact. He is good when it comes to tracking down killers, but to locate the relic he’s going to need help from a psychic who knows the shadowy world of obsessive collectors, deceptive dealers and ruthless raiders.…

With her reputation in ruins after a false accusation, antiques expert Sierra Raines is looking for a fresh start. She turns to the murky backwaters of the paranormal artifacts trade, finding and transporting valuable objects with a psychic provenance. When North Chastain approaches her for help, Sierra takes him on as a client, though not without reservations. North represents the mysterious Foundation, the secretive organization established to police the underworld populated by psychic criminals and those, like Sierra, who make a living in the shadows of that world.

North and Sierra soon find themselves at the scene of the Incident, which occurred decades ago in Fogg Lake. The town and its residents were forever changed by the disaster in the nearby Bluestone Project labs. The pair unearths shocking truths about what happened that fateful night, but they are playing with fire—someone in town knows what they’ve discovered and will do anything to make sure the secrets stay buried.
Jayne Ann Krentz is the author of more than fifty New York Times bestsellers. She has written contemporary romantic suspense novels under that name and futuristic and historical romance novels under the pseudonyms Jayne Castle and Amanda Quick, respectively.

"The combination of romance, danger, mystery, and the occult is sure to sate Krentz’s fans. Readers will be eager to see where the series goes next."—Publishers Weekly

"Another brilliantly crafted installment in which [Krentz] deftly draws on her mad genius for exciting plots and signature sharp sense of humor to create another sexy, suspenseful, and sublimely entertaining story that will have her fans and new readers alike sighing happily with satisfaction."—Booklist, starred review

“Krentz's second Fogg Lake entry (after The Vanishing) offers her typical romantic suspense heavily dosed with heightened mental abilities and can read as a stand-alone, although characters from the first book make appearances. Fans will enjoy the Easter eggs sprinkled throughout referencing the Jones brothers from Krentz's popular "Arcane Society" series.”—Library Journal

“All the Colors of the Night is a riveting story with relatable protagonists that the reader will cheer on as their escapades became ever more dangerous. Surprises along the way will keep the reader guessing. And several well-conceived themes run through the tale, including family relationships and history, ethics, romance, murder, trust, mental health, and more.”—Mystery and Suspense Magazine

“This easy-to-follow romantic suspense novel has a breathtaking pace, well-developed characters and great chemistry between its main couple.”—BookPage

“All the Colors of Night is an entertaining, easy to read novel into which you can immerse yourself for a day or two.”—The New York Jounal of Books