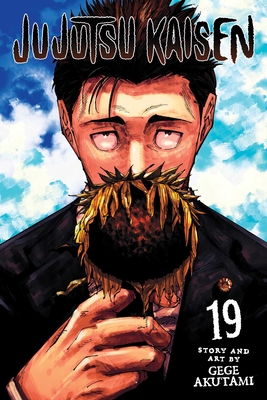 This is book number 19 in the Jujutsu Kaisen series.

To gain the power he needs to save his friend from a cursed spirit, Yuji Itadori swallows a piece of a demon, only to find himself caught in the midst of a horrific war of the supernatural!

In a world where cursed spirits feed on unsuspecting humans, fragments of the legendary and feared demon Ryomen Sukuna were lost and scattered about. Should any demon consume Sukuna’s body parts, the power they gain could destroy the world as we know it. Fortunately, there exists a mysterious school of jujutsu sorcerers who exist to protect the precarious existence of the living from the supernatural!

In order to add a rule that will serve as a loophole in the Culling Game, Itadori and Fushiguro set their sights on a player named Hiromi Higuruma, who has 100 points. But when they enter Tokyo Colony No. 1, the two get separated. They both find others willing to help them, however…
Gege Akutami published a few short works before starting Jujutsu Kaisen, which began serialization in Weekly Shonen Jump in 2018.