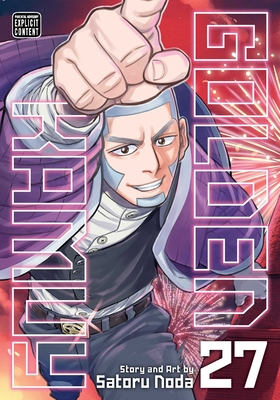 This is book number 27 in the Golden Kamuy series.

At long last, all of the tattooed skins are accounted for. Asirpa, the key to solving the code and the location of the Ainu gold, is in the hands of Lieutenant Tsurumi and the 7th Division. Sugimoto isn’t about to lose Asirpa again and takes off after her, but he’ll have to deal with Botaro the Pirate first. Meanwhile, Sophia and her partisans have also returned to make their play for the gold, and Hijikata and his men are still in the game. All are driven together toward a singular goal, gripped by their desire to possess the Golden Kamuy!