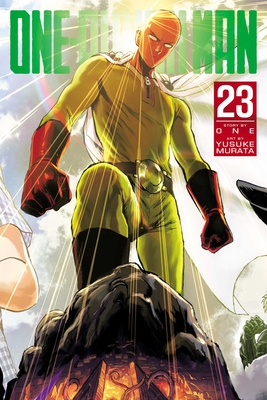 This is book number 23 in the One-Punch Man series.

Narinki’s private force is now free from Super S’s control. Bushi Drill, Okama Itachi and Iaian plot their escape, but threat level Demon monster Malong Hair appears before they can flee, and a fierce fight breaks out. Elsewhere, their master Atomic Samurai encounters a creepy opponent!
Manga creator ONE began One-Punch Man as a webcomic, which quickly went viral, garnering over 10 million hits. In addition to One-Punch Man, ONE writes and draws the series Mob Psycho 100 and Makai no Ossan.