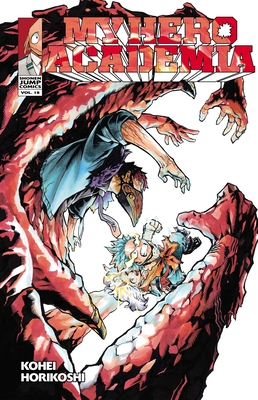 This is book number 18 in the My Hero Academia series.

Midoriya is in the fight of his life—an all-out battle with Overhaul, who has unleashed his terrifying power. Midoriya is matching it with his own power, pushing One For All to 100 percent. Only by relying on Eri’s restoration Quirk can he hope to take down Overhaul. If Midoriya manages to walk away from this fight, his life will never be the same again…
Kohei Horikoshi was born in Aichi, Japan, in 1986. He received a Tezuka Award Honorable Mention in 2006, and following the publication of several short stories in Akamaru Jump, his first serialized work in Weekly Shonen Jump was Oumagadoki Zoo in 2010. My Hero Academia is his third series in Weekly Shonen Jump.