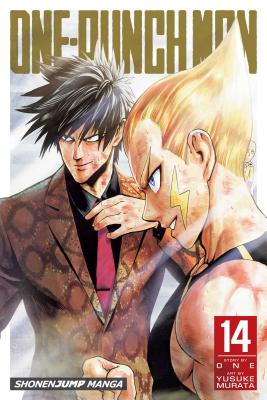 This is book number 14 in the One-Punch Man series.

The monster Goketsu appears at the martial arts tournament, and in an attempt to turn its participants into monsters, he gives them monster cells. Tournament champ Suiryu fights the newly monsterized fighters one after another, until a certain hero rushes to his side to help!
Manga creator ONE began One-Punch Man as a webcomic, which quickly went viral, garnering over 10 million hits. In addition to One-Punch Man, ONE writes and draws the series Mob Psycho 100 and Makai no Ossan.