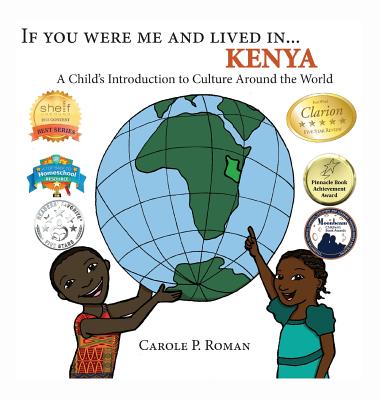 This is book number 5 in the If You Were Me and Lived In... Cultural series.

Let's travel to Kenya Number five in this exciting series travels to Africa to learn about the thrilling country of Kenya. This extraordinary book "If You Were Me and Lived in...Kenya- A Child's Introduction to Cultures Around the World" explores life for children on a new continent. The book touches on many familiar topics such as names, money, games, and food as well the sites and sounds that come with living in Africa. Embraced by educators, parents, and children, the series gently and respectfully introduces the subjects of cultures and customs around the world. On "If You Were Me and Lived in...South Korea" "Roman has proven her skill at writing children's books with her Captain No Beard series, as well as with the other volumes in her cultural series. If you were me and lived in ...South Korea uses a technique of speaking directly to the child reading or listening, similar to Laura Numeroff's If You Give a...series. This strategy is well suited to a book about foreign cultures as it gives little imaginations a boost by helping children envision themselves growing up with customs and traditions different from the ones they're familiar with..." Peter Dabbene ForeWord Reviews Clarion Review On "If You Were Me and Lived in...France" "It is the simplistic and positive way that Roman, a former social studies teacher, delivers the text, that makes this series appealing-the books are short and to the point and just what you want when you're introducing geography and culture to the youngest reading set." Bianca Schulz-The Children's Book review.