The Killer Prince: The Bloody Assassination of a Washington Post Journalist by the Saudi Secret Service (Paperback) 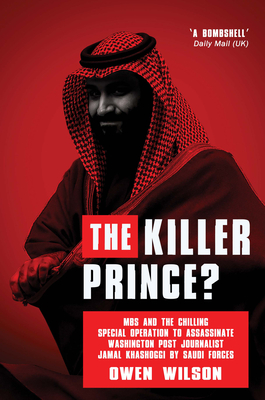 The Killer Prince: The Bloody Assassination of a Washington Post Journalist by the Saudi Secret Service (Paperback)

On October 2, 2018, Washington Post journalist Jamal Khashoggi went into the Saudi Arabian consulate in Istanbul and was never seen again. After many years of uncertainty over his fate, in February 2021, President Joe Biden released an explosive intelligence report that directly implicated the Crown Prince of Saudi Arabia as allegedly being 'responsible' for the assassination. The Saudi secret service deceitfully lured the journalist into the diplomatic mission to murder him. Crime writer Owen Wilson has forensically gathered all the known facts about the slaughter, what we know happened exactly, and what prompted the most demonic conspiracy of the twenty-first century. With Wilson's thorough dive into Middle Eastern politics, the truth behind the Khashoggi affair is chilling to the core. Was Khashoggi really dismembered in fifteen parts and packed into five suitcases? Was the truth even worse than US intelligence feared?

Owen Wilson started his writiing career at the FINANCIAL TIMES and has written books on American history and testified before the US Senate. He has provided news comment on British, Australian, New Zealand and US broadcasters and media.