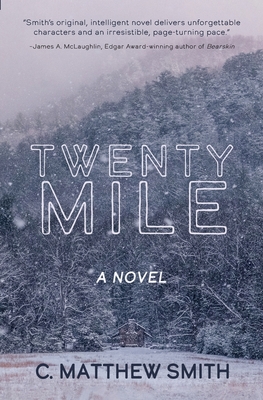 When wildlife biologist Alex Lowe is found dead inside Great Smoky Mountains National Park, it looks on the surface like a suicide. But Tsula Walker, Special Agent with the National Park Service's Investigative Services Branch and a member of the Eastern Band of Cherokee Indians, isn't so sure.

Tsula's investigation will lead her deep into the park and face-to-face with a group of lethal men on a mission to reclaim a historic homestead. The encounter will irretrievably alter the lives of all involved and leave Tsula fighting for survival--not only from those who would do her harm, but from a looming winter storm that could prove just as deadly.

A finely crafted literary thriller, Twentymile delivers a propulsive story of long-held grievances, new hopes, and the contentious history of the land at its heart.