Into the Fire! (Paperback) 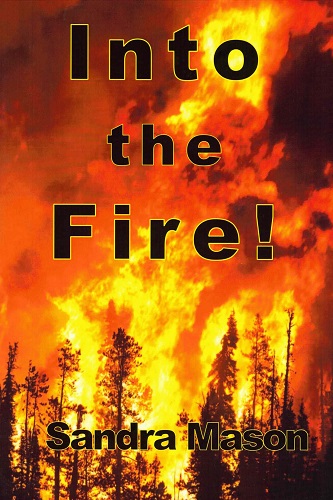 Into the Fire! (Paperback)


On Our Shelves Now
Until recently, when fires in California, Oregon, and Washington torched over ten million acres and claimed 46 lives, the 1910 fire was the largest forest fire in U.S. history. It burned over 3.5 million acres, torching timber stands in Montana, Idaho, eastern Washington, and Canada. The death toll of the 1910 fire is estimated to be between 78 and 87 lives lost. The actual cost of life in that fire may never be known. This truly was a trial by fire for the new U.S. Forest Service.

Surrounded by raging whipping fire, the men stood in terror. Flames blocked their escape toward Wallace, and panic drove all reason from them. If they were to live, they'd have to follow Ranger Ed Pulaski.

Pulaski shouted until his voice was nearly gone. He had to make them understand what he wanted them to do. "Do exactly as I say, and you'll have a chance of saving your lives. This way, come on!"
Sandra Mason and her husband Jim have resided in the Spokane area since 1999. She has been a teacher most of her working life and loves kids and children's literature. She has also published a children's picture book. Into the Fire!, her first novel, is the story of Edward Pulaski and the 1910 fire-- a story for young adults. She enjoys history and has turned that into a passion for telling important stories to children.