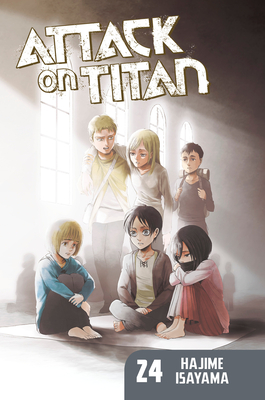 This is book number 24 in the Attack on Titan series.

Catch up on the manga before season 3 arrives in July 2018!

The blockbuster manga edges closer to its thrilling conclusions. The mysteries of the Titans are being revealed... who will escape death at the hands of giants and human beings?
With his debut series, "Attack on Titan," Hajime Isayama has enjoyed a meteoric rise from unknown to one of Japan's top comics artists.