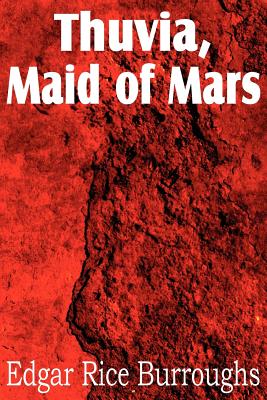 
Not currently on our shelves. Usually Ships in 1-5 Days
(Please note: This book cannot be returned.)
Thuvia, Maid of Mars is the fourth of the Edgar Rice Burroughs Barsoom seriesfeaturing Carthoris, Son of John Carter and Thuvia of Ptarth. Cathoris is implicated in the kidnapping of Martian princess Thuvia who he is in love with but is promised to Kulan Tith, Jeddak of Kaol. Cathoris sets out to find Thuvia. The rescue finds them at ancient Lothar, home of an ancient fair-skinned human race gifted with the ability to create lifelike phantasms from pure thought. Edgar Rice Burroughs was an American author, best known for his creation of the jungle hero Tarzan, "Lost worlds" and the heroic Mars adventurer John Carter.