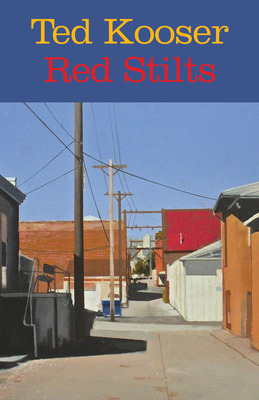 
On Our Shelves Now
Red Stilts finds Pulitzer Prize-winner and former U. S. Poet Laureate Ted Kooser at the top of his imaginative and storytelling powers. Here are the richly metaphorical, imagistically masterful, clear and accessible poems for which he has become widely known. Kooser writes for an audience of everyday readers and believes poets "need to write poetry that doesn't make people feel stupid." Each poem in Red Stilts strives to reveal the complex beauties of the ordinary, of the world that's right under our noses. Right under Kooser's nose is rural America, most specifically the Great Plains, with its isolated villages, struggling economy, hard-working people and multiple beauties that surpass everything wrecked, wrong, or in error.
Ted Kooser received the Pulitzer Prize for Poetry for Delights and Shadows, and also served two terms as the Poet Laureate of the United States. As Poet Laureate, he established a weekly newspaper column, American Life in Poetry, which is carried in over 150 newspapers, as well as online, and has an estimated circulation of three and a half million readers around the world. Kooser is the author of over twenty books, including five for children. He lives in a small town in Nebraska.