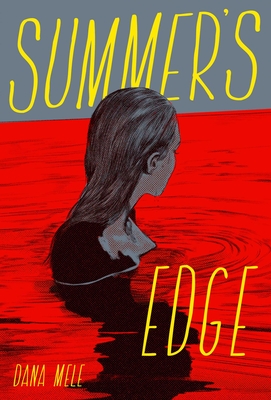 I Know What You Did Last Summer meets The Haunting of Hill House in this “psychologically chilling and unforgettable” (Kirkus Reviews) teen thriller following an estranged group of friends being haunted by their friend who died last summer.

Emily Joiner was once part of an inseparable group—she was a sister, a best friend, a lover, and a rival. Summers without Emily were unthinkable. Until the fire burned the lake house to ashes with her inside.

A year later, it’s in Emily’s honor that Chelsea and her four friends decide to return. The house awaits them, meticulously rebuilt. Only, Chelsea is haunted by ghostly visions. Loner Ryan stirs up old hurts and forces golden boy Chase to play peacemaker. Which has perfect hostess Kennedy on edge as eerie events culminate in a stunning accusation: Emily’s death wasn’t an accident. And all the clues needed to find the person responsible are right here.

As old betrayals rise to the surface, Chelsea and her friends have one night to unravel a mystery spanning three summers before a killer among them exacts their revenge.
Dana Mele is a Pushcart Prize–nominated writer based in upstate New York. A former bookseller and lover of pomegranates, Dana is the author of the young adult thrillers People Like Us and Summer’s Edge and the young adult graphic novel Tragic.

“With an exquisitely tense haunting and a twist-filled mystery that kept me guessing, Summer’s Edge hooked me from the first line and, like its lake house, would not let me go.” –Gretchen McNeil, author of Ten and #murdertrending

“Absolutely enthralling and genuinely terrifying. This mind-bending new thriller from Dana Mele will keep you on your toes until the final breathtaking pages.” –Kit Frick, author of I Killed Zoe Spanos and Very Bad People

“Rich with atmosphere, Summer's Edge weaves a haunting—and haunted—tale of tragedy and secrets, romance and betrayal, with a vicious mystery at its heart. Lies and friendships unravel and the truth of the friends' fateful summer emerges as the story hurtles toward its relentless and darkly satisfying conclusion.” –Kate Alice Marshall, author of I Am Still Alive and Rules for Vanishing

“A haunting, gut punch of a novel, Summer’s Edge is the perfect twisty, spooky pageturner.” –Alexa Donne, author of The Ivies and Pretty Dead Queens