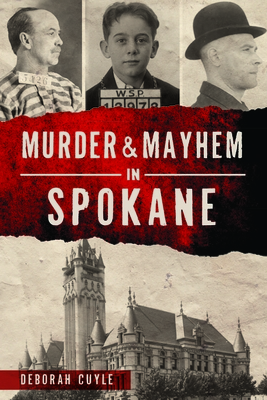 Spokane's dark history is loaded with murders, mischief, and drama.

The beautiful city was once considered a millionaire's paradise as well as a hobo's playground, but danger lurked beneath the surface. The Black Hand gang, police hot on their trail, stalked the streets looking for local mobster Frank Bruno. A teenage boy picked up an ax for nefarious purposes. McNeil State Penitentiary housed notorious characters Charles Manson and the Birdman of Alcatraz, while Herbert Niccolls Jr., locked up at twelve years old, made history as the youngest inmate at Walla Walla Penitentiary.

Join author Deborah Cuyle as she uncovers the Lilac City's violent past.