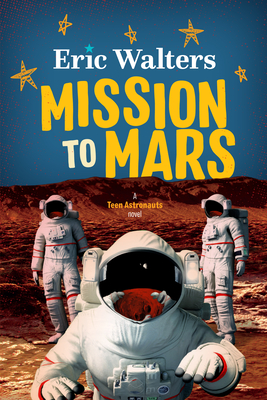 Teen astronaut Houston Williams is now the pilot on a mission to Mars.

Houston Williams was thrilled to win a scholarship to attend a space program at NASA. What he didn't realize was that organizers were recruiting people for a top-secret research project aimed at studying how space travel affects people of different ages. After months spent on the International Space Station conducting a variety of experiments, Houston is surprised to learn that he and his two friends Ashley and Teal have been chosen to join a highly political mission to Mars. But after tragedy strikes, the teens are forced to continue the mission on their own.

This is the third book in the Teen Astronauts series, following Houston, Is There A Problem? and Boldly Go.