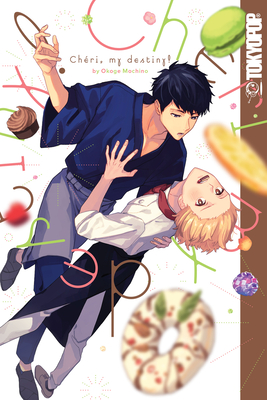 “My chocolate’s so good it’ll make you grovel on your knees!”

Kaoru is brimming with confidence. After all, he opened a patisserie after studying in France, and is the head chef of his own store. But there’s one small problem: his customers are enamored with a local Japanese sweet shop and Soujirou, the attractive and reserved craftsman who makes the treats on offer.

Convinced that stuffy old Japanese confections could never compete with his modern, Western style creations, he decides the only way forward is to prove to Soujirou that his chocolates are the best. But when Soujirou accepts his gift gracefully and even compliments him on his skills, Kaoru’s intense feelings take a sudden turn in the opposite direction.

Okoge Mochino is known for her Boys Love manga, including Chéri, My Destiny!, and Motto Shiritai, Kimi no Koto. She's a huge fan of the Boys Love genre and frequently draws fan comics and fan art of her favorite shows and media on her social media.