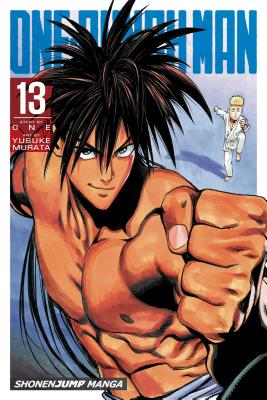 This is book number 13 in the One-Punch Man series.

The Class-A heroes struggle in their fight against the giant monster Multieyed Octopus. Wait, is that Class-S hero Flashy Flash joining the fight?! Unfazed, the Monster Association continues ramping up its attacks, but its goal remains a mystery. Meanwhile, the martial arts tournament reaches the semifinals!
Manga creator ONE began One-Punch Man as a webcomic, which quickly went viral, garnering over 10 million hits. In addition to One-Punch Man, ONE writes and draws the series Mob Psycho 100 and Makai no Ossan.