The 12th Commandment: A Novel (Hardcover) 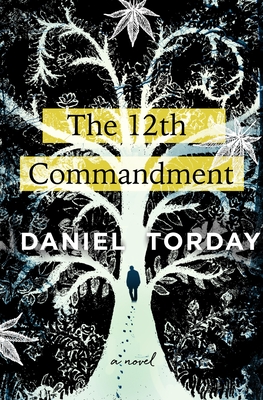 The 12th Commandment: A Novel (Hardcover)

Swirling with secrets and their consequences, exploring how revelation and redemption might be accessed through sin, and driven through twists and turns toward a startling conclusion, The 12th Commandment is a brilliant novel by award-winning author Daniel Torday.

The Dönme sect—a group of Jewish-Islamic adherents with ancient roots—lives in an isolated community on rural land outside of smalltown Mt. Izmir, Ohio. Self-sustaining, deeply-religious, and heavily-armed, they have followed their self-proclaimed prophet, Natan of Flatbush, from Brooklyn to this new land.

But the brutal murder of Natan’s teenage son throws their tight community into turmoil.

When Zeke Leger, a thirty-year-old writer at a national magazine, arrives from New York for the funeral of a friend, he becomes intrigued by the case, and begins to report on the murder. His college girlfriend Johanna Franklin prosecuted the case, and believes it is closed. Before he knows it, Zeke becomes entangled in the conflict between the Dönme, suspicious local citizens, Johanna, and the law—with dangerous implications for his body and his soul.

Daniel Torday is the author of The 12th Commandment, The Last Flight of Poxl West, and Boomer1. A two-time winner of the National Jewish Book Award for fiction and the Sami Rohr Choice Prize, Torday’s stories and essays have appeared in Tin House, The Paris Review, The Kenyon Review, and n+1, and have been honored by the Best American Short Stories and Best American Essays series. Torday is a Professor of Creative Writing at Bryn Mawr College.

"Mourning, godless, Zeke makes for an unlikely detective as he investigates the mysterious Dönme cult and its connection to the murder of a teenage boy in Ohio. The novel pairs the gripping mystery of Raymond Chandler with the existential inquiry of Philip Roth, then arms the two with AR15s and a kosher banquet of edibles. A rare, literary delight. Daniel Torday is operating in his prime."
--Michelle Zauner, author of Crying in H Mart

"The 12th Commandment is a one of-a-kind pleasure. A dark murder mystery full of surprises, but also a romantic comedy, but also a serious novel of ideas. Featuring a likable millennial journalist, a likable millennial prosecutor, and –– only in America! -- a cannabis-loving, assault rifle-toting, ultra-orthodox messianic Jewish cult on a commune in rural Ohio. And also: splendidly written." -- Kurt Andersen, author of Turn of the Century and True Believers

"Daniel Torday's third novel is a revelation, a page-turner with bursts of prophecy and poetry. The 12th Commandment feels like a genre unto itself--theological noir, Ohio gothic. Torday is such a sharp observer of the spaces where American communities overlap and where the secular and the sacred collide. It's thrilling to read one of my favorite writers doing something utterly, dazzlingly new." -- Karen Russell, author of Swamplandia!, Vampires in the Lemon Grove, and Orange World