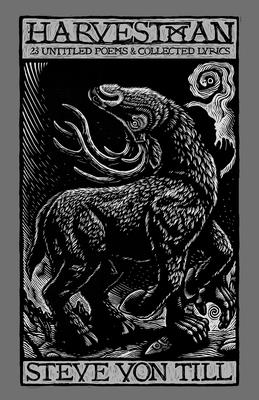 By Steve Von Till


On Our Shelves Now
(Please note: This book cannot be returned.)

Poetry. Music. Steve Von Till's poems are lamentations--elegies for the loss of wildness, songs of hope, chants of spirit, and dreams of survival. In HARVESTMAN, Von Till meditates on what it means to be human during a time of modern alienation from nature, the past, community, and ultimately from ourselves. This is the first collection from Von Till, who is primarily known as a singer and guitarist in the highly influential and genre defying collective, Neurosis. In these tender passages, Von Till seeks meaning and mystical significance in the natural world, where he finds himself in the vastness of the ocean and the majesty of the forested mountain ranges. Shamanistic visions of ancestors and elemental forces create a unique form where gothic Americana merges with ancient mythologies in minimalistic poems that ask us to contemplate history, genetic memory, and the complexities of humanity. This worldly and weathered first work of poetry and collected lyrics is a history lesson from old punk rock bard turned rural spiritual poet, who connects us to the American West and older wisdoms.