The Treasonous (Chronicles of the Twelve Realms #3) (Paperback) 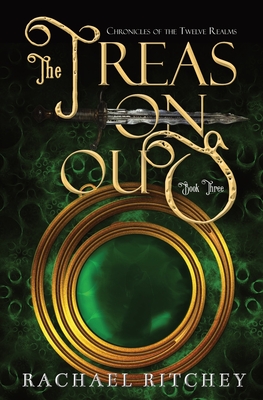 The Treasonous (Chronicles of the Twelve Realms #3) (Paperback)


Not currently on our shelves. Usually Ships in 1-5 Days
(Please note: This book cannot be returned.)

Ahmad, an elite knight of Twelve Realms, in an effort to forget his love for Lady Idra, leaves High Castle to protect the northwestern border, but duty calls him home when the baby of the high prince is born.

Idra is done letting fear and timidity hinder her life. Responsible and compassionate, her willingness to help others seems to attract danger, which is exactly what happens when Sir Florian's mysterious behavior draws the attention of a fellow guardsman.

This new young knight unwittingly opens an old wound in Ahmad who then disregards his plea for assistance. But asking Lady Idra to speak on his behalf has its own consequences, inciting the full wrath of a rebellion with ancient roots.

Their interference could bring death and a fate much worse than that to those Florian wishes to protect. And when he is faced with the impossible alternatives of treason against his king or the life of his sister, the choice appears clear, but is it?