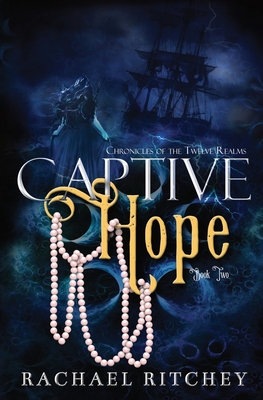 
Not currently on our shelves. Usually Ships in 1-5 Days
(Please note: This book cannot be returned.)

They say love conquers all, but Idra knows hope is what sets the captive free

The Twelve Realms seems an idyllic nation, but behind locked doors there are sinister powers at work. Not even the royal family of High Castle is outside their reach, and Lady Idra has unwittingly placed herself in the crosshairs of a shrewd mercenary.

Idra is noble by birth and lady-in-waiting to the future High Queen of the Twelve Realms. Yet she's unaware of her true value and strength. From her youth she has been pledged in service to the crown, and though accepting of her duty, she inwardly longs for more. But in her wildest dreams Idra never imagined the terrible future devised for her by forces unknown.

Sir Ahmad, a knight of the realms, admires Lady Idra from afar. But when he finally has the courage to tell her, it may be too late. He could lose Idra forever because of one man's devious ploy to gain revenge and riches by her ruin. If an ocean stands between them, will all hope be lost?

A story of adventure, love, redemption, and hope.