Hezada! I Miss You (Paperback) 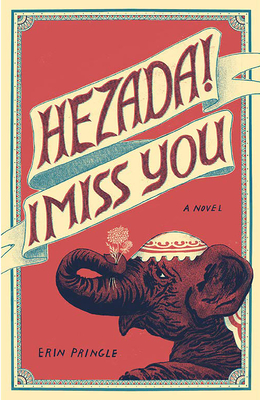 Hezada! I Miss You (Paperback)


On Our Shelves Now
(Please note: This book cannot be returned.)

Fiction. LGBTQIA Studies. The last Midwestern traveling circus is due to arrive in a rural village it has visited for a century of summers. Like the village, the circus is on its last leg. It's down to one elephant and a handful of acrobats. The circus boss's sweetheart is dying. The former starring act is recovering from cancer. The assistant, Frank, plans to retire after this show. Meanwhile, twins Heza and Abe wander the hot fields and roads, waiting for the circus or anything better. HEZADA I MISS YOU is a novel that explores tradition, love, and suicide--set under the fading tents of small-town America and the circus.

Originally from the rural Midwest, Erin Pringle now lives in Northwest with her partner, Heather, and son, Henry. She's the author of a novel, Hezada! I Miss You (2020) and two story collections, The Whole World at Once (2017) and The Floating Order (2009). She received an Artist Trust Fellowship (2012) and was named a finalist in the Kore Press Short Fiction Award (2012). Other honors regarding her work include four Pushcart Nominations, being shortlisted for a Charles Pick Fellowship, and named a Notable Best American Non-Required Reading.