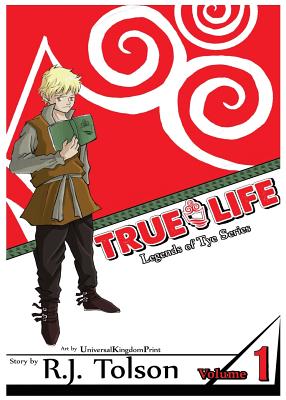 Set 9 years before the events of Zephyr the West Wind, True Life, the first part of the Legends of Tye spin off series, is the story of Venn, a 17-year-old boy born into the poor Astra Clan. Highly valued for their glowing, crimson, orange eyes that gave the clan members the ability to see the mystical energy known as Aura, Astras were often snatched and enslaved for their "Aura Eyes". Secluding themselves from the world, the Astra Clan founded a small, remote village so as to conceal the cosmos stones from which supernatural abilities emanated.

Known as the weakest link, due to his poor "Aura Sight", Venn's peaceful life abruptly changes when a dark figure kidnaps his sister and, with a long forgotten power, curses the rest of the clan for eternity. Setting out on a journey to rescue his sister and save his clan - Venn's only hope is "True Life," the legendary book of secrets.