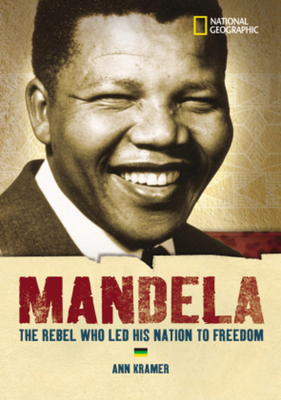 
Backordered Title, Not on our shelves: Call to check availability.
Nelson Mandela comes to life in this portrait of a diplomatic man whose commitment to freedom gained him both the Nobel Peace Prize and Time’s Man of the Year honor. The son of a Thembu chief in South Africa, Mandela began his life-long campaign against white colonial rule while a college student. Kramer’s eloquent, yet approachable text describes the leader’s dedication to nonviolence, his role in the African National Congress and his arrest in 1962 for sabotage and conspiracy. During his 27 years in prison, Mandela continued his fight for a democratic and free society, and ultimately was released and elected president of South Africa.National Geographic supports K-12 educators with ELA Common Core Resources.Visit www.natgeoed.org/commoncore for more information.
Ann Kramer has worked as a writer and editor for more than 30 years. She is the author of several books in National Geographic Kids' World History Biographies series. Her children's books include Nelson Mandela: From Political Prisoner to President, Black Peoples of America, and Women and War. Kramer lives in Sussex, England.