The Return of the Christmas Witch (Hardcover) 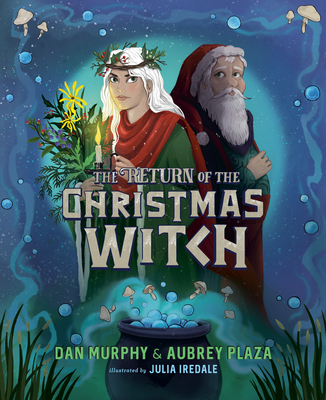 The Return of the Christmas Witch (Hardcover)


On Our Shelves Now
In the much-anticipated follow-up to the bestselling The Legend of the Christmas Witch, Parks and Recreation star Aubrey Plaza and creative partner Dan Murphy's fiery heroine has returned. . . and this time she's taking on Christmas.

By now you’ve heard the legend, all but forgotten, of Santa Claus’s twin sister. Many years ago, this shadowy figure followed in Santa’s footsteps, searching for him while leaving odd gifts of her own. One fateful night, they finally came face-to-face, and she hasn’t been heard from since. Until now . . .

The Christmas Witch has returned.

After centuries trapped in her icy chamber, the snow is finally melting, and Kristtörn awakens. She finds that the holiday she loved is now controlled by the mysterious Kringle Corporation. She embarks on a journey to a world unknown to her, where she meets the inventive young Poppy and sweet old reindeer Donner, who agree to help her restore Christmas to its former glory. Little do they know that she wants more than order . . . she wants revenge.

In the highly anticipated follow-up to the bestselling The Legend of the Christmas Witch, award-winning producer and actress Aubrey Plaza and her creative partner Dan Murphy give the true spirit of Christmas a modern and wonderfully witchy twist.
Aubrey Plaza, originally from Delaware, is best known for her role as April Ludgate on Parks and Recreation. She has produced and starred in several films, as well as performed at the Upright Citizens Brigade Theatre in New York. She currently lives in California and is known to dress up like a witch every Christmas.

Dan Murphy is a writer and producer who lives in Los Angeles, California. Originally from Delaware, he is a graduate of the Tisch School of the Arts at NYU and has been creative partners with Aubrey for over fifteen years.

Julia Iredale is an illustrator from Victoria, British Columbia. She studied illustration at Emily Carr University of Art and Design, and now spends her time painting, making books, and, whenever possible, escaping into the magic forests of the Canadian West Coast.