The Boy and the Dog: A Novel (Hardcover) 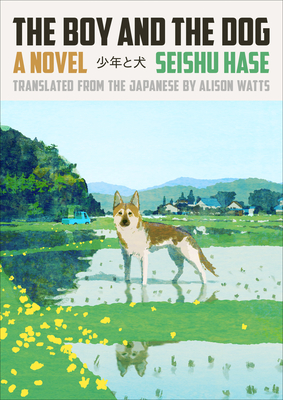 The Boy and the Dog: A Novel (Hardcover)


On Our Shelves Now
“An amazing, beautiful book . . . It shows how one dog’s dignified presence can bring connection and love to a fractured world.” ―Cat Warren, New York Times bestselling author of What the Dog Knows

One dog changes the life of everyone who takes him in on his journey to reunite with his first owner in this inspiring novel about the bond between humans and dogs and the life-affirming power of connection.

Following a devastating earthquake and tsunami, a young man in Japan finds a stray dog outside a convenience store. The dog’s tag says “Tamon,” a name evocative of the guardian deity of the north. The man decides to keep Tamon, becoming the first in a series of owners on the dog’s five-year journey to find his beloved first owner, Hikaru, a boy who has not spoken since the tsunami. An agent of fate, Tamon is a gift to everyone who welcomes him into their life.

At once heartrending and heartwarming, intimate and panoramic, suspenseful and luminous--and deepened in its emotion by the author’s mastery of the gritty details and hardscrabble circumstances that define the lives of the various people who take Tamon in on his journey--this bestselling, award-winning novel weaves a feel-good tale of survival, resilience, and love beyond measure.
Seishu Hase has published many bestselling novels in his native Japan, a number of which have been adapted for film. He has been nominated six times for the Naoki Prize, awarded biannually to the best work of popular fiction, and finally won it for The Boy and the Dog, which has sold a quarter of a million copies in Japan and is being adapted for film and published around the world.

Alison Watts is the translator of the novels Sweet Bean Paste by Durian Sukegawa, Spark by Naoki Matayoshi, and The Aosawa Murders and Fish Swimming in Dappled Sunlight by Riku Onda. She is a longtime resident of Japan.

“A remarkable story of the transformative power of a dog. Like a figure from myth or fable, the dog inspires in the very flawed humans he encounters a desire for a new life, a new chance—and he just may do the same for you.” —Susan Wilson, New York Times bestselling author of One Good Dog

“Much like the love of our dogs, this fable about a lost dog and his epic journey to find home is a gift to us all.” ―Steven Rowley, bestselling author of Lily and the Octopus

“A must read for any dog lover, this story of companionship, perseverance, and an incredible journey to find a long-lost friend speaks to our canine counterparts’ innate ability to sense the times of our deepest need.” —Ben Moon, author of Denali: A Man, a Dog, and the Friendship of a Lifetime

“A highly original and unsentimental novel about the powerful bond between humans and dogs.” ―Helen Humphreys, author of And a Dog Called Fig

“A preternaturally intelligent dog, but lost all the same, in a tsunami-ravaged Japan, is called many names by many people. Lose yourself in this story of a dog finding his way home, and in the stories of the lives he changes. No one stays the same, least of all the reader.” ―Michelle Latiolais, author of Even Now, Widow, and She

“Heartrending . . . Powerfully demonstrates how love and loyalty can overcome obstacles . . . and how a dog’s love can save a person in every possible way.” ―Booklist

“Heartbreakingly moving in its simplicity . . . A touching meditation on shining lights in the face of trauma and hopelessness.” ―Kirkus Reviews