Narrative of the Life of Frederick Douglass, An American Slave (Paperback) 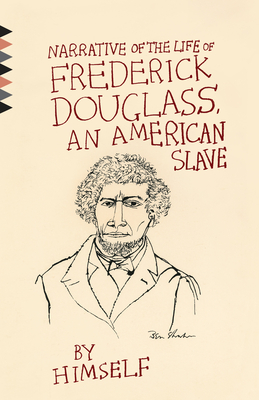 Narrative of the Life of Frederick Douglass, An American Slave (Paperback)

On Our Shelves Now
A new Vintage Classics edition of the abolitionist leader’s classic autobiography.

This dramatic autobiography of the early life of an American slave was first published in 1845, when its young author had just achieved his freedom. Frederick Douglass’s childhood in Maryland was marked by tragedy, physical abuse, and deprivation; he had limited contact with his mother and no knowledge of his father (who might have been his owner), and he regularly endured brutal beatings. Yet despite his harrowing experiences, through determination and sheer force of character he was able to secretly acquire literacy and eventually escape to the North, where he became a forceful and dazzling proponent of abolition. In telling his personal story, Douglass gives eloquent expression to the principles that made him the first great African-American leader in the United States.
Frederick Douglass, an outspoken abolitionist, was born into slavery in 1818 and, after his escape in 1838, repeatedly risked his own freedom as an antislavery lecturer, writer, and publisher.

Henry Louis Gates, Jr., is the Alphonse Fletcher University Professor and the Director of the W. E. B. Du Bois Institute for African and African American Research at Harvard University. The author of numerous books, including the widely acclaimed memoir Colored People, Professor Gates has also edited several anthologies and is coeditor with Kwame Anthony Appiah of Encarta Africana, an encyclopedia of the African Diaspora. An influential cultural critic, he is a frequent contributor to The New Yorker and other publications and is the recipient of many honors, including a MacArthur Foundation Fellowship and the National Humanities Medal.