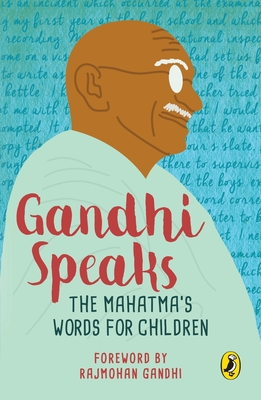 
Backordered Title, Not on our shelves: Call to check availability.
What did Gandhiji think about his own family and school life? What were his thoughts on the role of the youth in a nation's life? What was his philosophy of Satyagraha, non-violence and truth? Can we emulate his actions and thoughts in the modern world? Children will find Gandhi Speaks inspiring, thought-provoking and pertinent. It is the perfect introduction to the thoughts and dreams that went into creating self-reliant, independent India. Mahatma Gandhi's words have been recorded in countless books and studied by many scholars. His writings and speeches about family, education system, economy, religion and truthfulness, hold as much relevance as they did during his lifetime and today, more than ever, they need to reach out to a new generation.
Mohandas Karamchand Gandhi (1869-1948) was a thinker, politician and leader. He shaped India's freedom movement and led the country to independence in 1947. His ideas of non-violence and Satyagraha influenced resistance movements all over the world.