Land of the Blind: A Novel (Paperback) 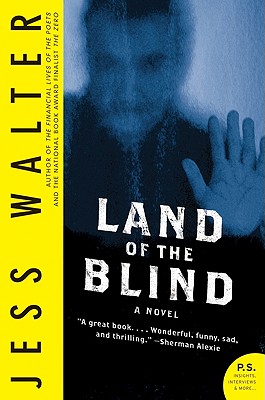 Land of the Blind: A Novel (Paperback)

“Walter is at his incisive best. . . . Hypnotically compelling." — Publishers Weekly

In this fiendishly clever and darkly funny novel, #1 New York Times bestselling author Jess Walter explores the bonds and compromises we make as children—and the fatal errors we can make at any time in our lives.

While working the weekend night shift, Caroline Mabry, a weary Spokane police detective, encounters a seemingly unstable but charming derelict who tells her, "I'd like to confess." But he insists on writing out his statement in longhand. In the forty-eight hours that follow, the stranger confesses to not just a crime but an entire life—spinning a wry and haunting tale of youth and adulthood, of obsession and revenge, and of two men's intertwined lives.