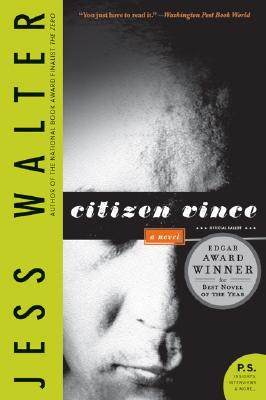 From the highly acclaimed new crime novelist: a story of witness protection, petty thievery, local politics, and murder—set against the turbulent backdrop of the 1980 presidential election

It’s the fall of 1980, the last week before the presidential election that pits the downtrodden Jimmy Carter against the suspiciously sunny Ronald Reagan. In a seedy suburban house in Spokane, a small-time crook formerly from New York, Vince Camden, pockets his weekly allotment of stolen credit cards and heads off to his witness-protection job at a donut shop. A the shop he takes a shine to a regular named Kelly, who works for a local politician. Somehow he finds himself and the politician in a parking lot at three in the morning, giving the slip to a couple of menacing thugs. And then he crosses the path of a young detective—and discovers his credit-scam partner, lying dead in his passport-photo office with a Cheerio-size bullet-hole in his head. No one writing crime novels today tells a story or sketches a character with more freshness or elan than Jess Walter. Citizen Vince is his funniest and grittiest book yet.

“What makes Walter’s third novel so enjoyable is Vince, a flawed but sympathetic character trying to find redemption.” — Library Journal