Ruby Ridge: The Truth and Tragedy of the Randy Weaver Family (Paperback) 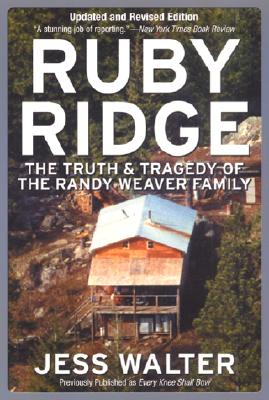 Ruby Ridge: The Truth and Tragedy of the Randy Weaver Family (Paperback)

“The most comprehensive, even-handed and best written account of Ruby Ridge currently in print.” — Washington Times

From #1 New York Times bestselling author Jess Walter, here is the story of what happened on Ruby Ridge: the tragic and unlikely series of events that destroyed a family, brought down the number-two man in the FBI, and left in its wake a nation increasingly attuned to the dangers of unchecked federal power.

On the last hot day of summer in 1992, gunfire cracked over a rocky knob in northern Idaho, just south of the Canadian border. By the next day three people were dead, and a small war was joined, pitting the full might of federal law enforcement against one well-armed family. Drawing on extensive interviews with Randy Weaver's family, government insiders, and others, Walter traces the paths that led the Weavers to their confrontation with federal agents and led the government to treat a family like a gang of criminals.

“A brilliant, cautionary tale of the dangers of conspiracy thinking—by people and by governments.” — Dennis Prager, talk show host and author of Think a Second Time

“The most comprehensive, even-handed and best written account of Ruby Ridge currently in print.” — Washington Times

"Jess Walter's careful chronicle of what happened in and around that cabin in...northern Idaho...is remarkably complete." — Salt Lake City Tribune